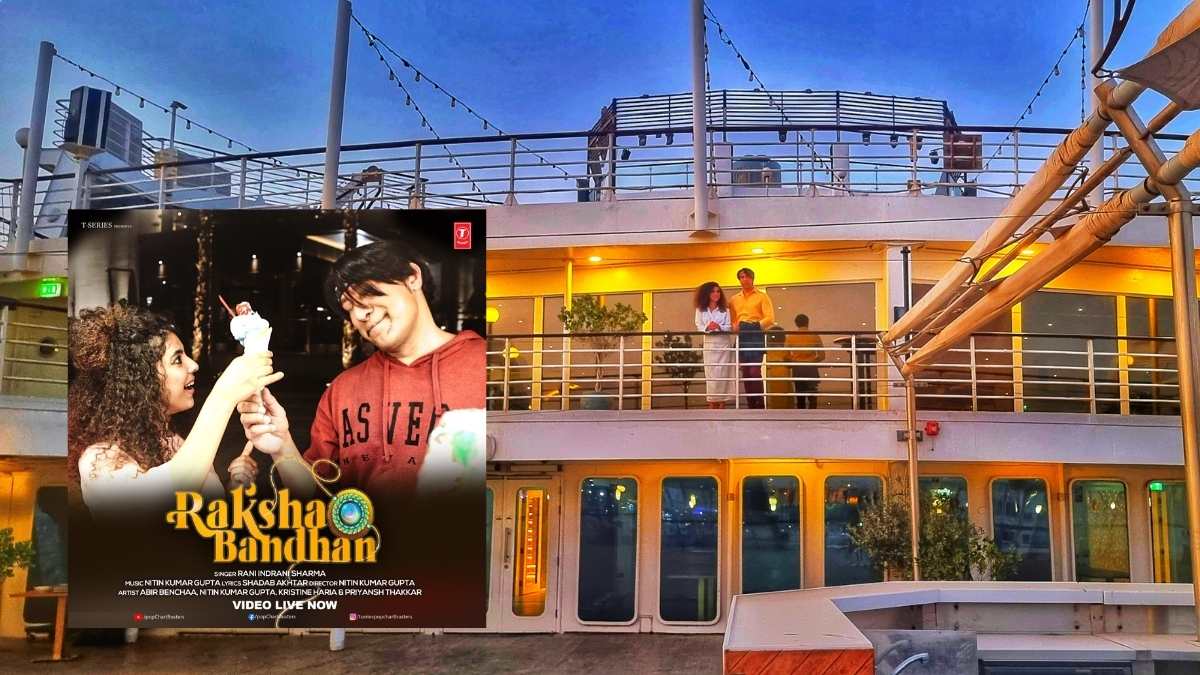 Fresh from his best Writer-Director award win for the film ‘Love In Ukraine’, filmmaker Nitin Kumar Gupta has released a music video to celebrate the relationship between brothers and sisters on the auspicious festival of Raksha Bandhan. The song is simply titled ‘Rakshabandhan’ and is a celebration of the unconditional love that a brother and sister share.

Filmed aboard a luxury Cruise ship in Europe, the music video stars French-Algerian model Abir Benchaa. The music video shows the touching story of a brother and sister separated during childhood, who reunite after several years on the occasion of Raksha Bandhan.

The director, whose last theatrical release was ‘Love In Ukraine’, has composed, directed and also acted in the music video. The melodious song has been written by Shadab Akhtar and sung by Rani Indrani Sharma.

The ‘Sayonee’ director says,”It was during a recce trip for my upcoming action film ‘Cruise’ that the idea for a Rakshabandhan music video set aboard a ship struck me. It is my first ever non-film music video. Lyricist Shadab Akhtar came up with some very touching lines which inspired me to compose the song in a completely traditional style and instrumentation. Rani Indrani Sharma sang it with a beautiful understanding that made the emotions of every line stand out. Actress Abir Benchaa and the child actor Kristine were a delight to work with. I am happy that the world’s top music company picked up the song on first listen and agreed to release it on such short notice.”

On the film front, Writer-Director Nitin Kumar Gupta is busy with the release plan of his upcoming film L.A.C. Talking about the same, he says,”We have screened the film for the army panel and have our fingers crossed that they will approve of the film which shows the bravery and sacrifices of our border troops in hostile terrain and weather.”

Hybrid PR is the future of public relations in Bollywood

Here are some of Kajol’s most iconic dialogues

Exports of agricultural and processed food items jumps by…